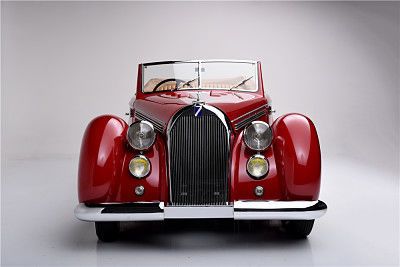 Big events like the 45th anniversary of the Barrett-Jackson 2016 Scottsdale Auction (Jan. 23-31) demand big ticket items like a 1947 Talbot-Lago T-26 Worblaufen Cabriolet. This beautiful car, with its flowing lines and teardrop fenders, is one of only three bodies made by the famed Swiss coachbuilder, Worblaufen. It is sure to draw a big crowd. 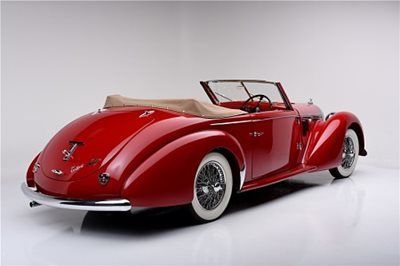 Antonio Lago – A Man on a Mission

In 1935, Italian engineer and entrepreneur Antonio Lago acquires a French factory outside of Paris from the failing Sunbeam-Talbot-Darraq conglomerate. He sets out to build light sporting cars that would challenge the pricier luxury cars from Delahaye, Delage and Hotchkiss. His goal is to use Talbot-Lago racing as a tool for development and publicity. 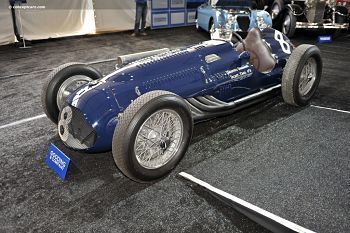 Capitalizing on the Talbot racing success, Lago designs his sports cars using one of four different chassis sizes. Clients pick the frame they want and order the preferred body type from a variety of different coachbuilders like Figoni et Falaschi, Saoutchik, Franay and Worblaufen, making each Talbot-Lago car unique. 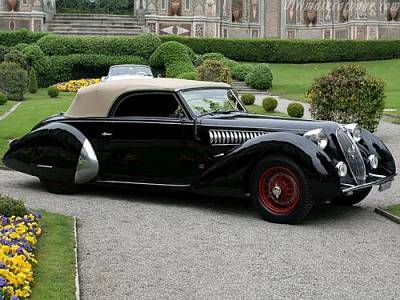 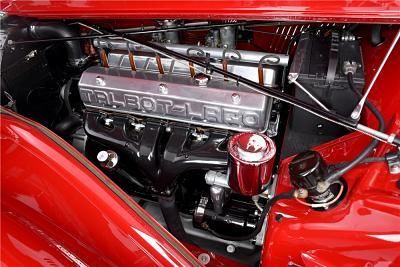 Body of a Sports Car, Soul of a Racer

Lago outfits the chassis from his Grand Prix and LeMans racers with a two seater sports car body. The Talbot-Lago T-26 has a 4.5L 6-cylinder engine with a top speed of over 100 mph. It is one of the fastest, most reliable Grand Touring cars of the 40’s and 50’s. 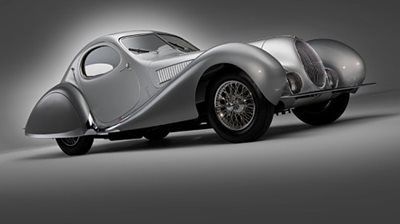 Talbot-Lago’s most famous car, the 1938 T-150 C-SS (nicknamed the Talbot Teardrop) sold for a cool $4.5 million in 2011 at the Concorso d’Eleganza Villa d’Este in Lake Como, Italy. The T-26 has many of the features associated with this Art Deco car: flowing lines, teardrop fenders, bold front grill and headlights set high on the front. They are some of the most beautiful and collectible sports car from that era. 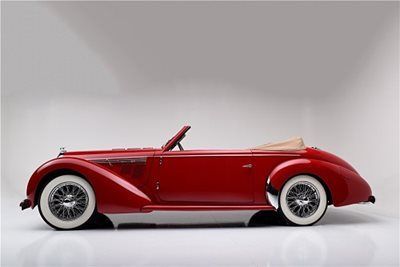 Being a part of the Barrett-Jackson Scottsdale Auction ensures that the 1947 Talbot-Lago T-26 Worblaufen Cabriolet will be enjoyed by millions. The event runs for eight days and features auctions, fashion shows, drifting, ride-n-drives and demonstrations. Two-hundred thousand spectators are expected to attend and millions more will be watching the 36+ hours of live broadcasts on Discovery and Velocity. 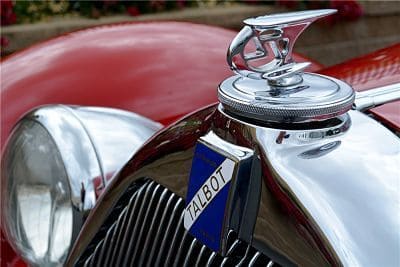 Everything’s on the Block at Barrett-Jackson

Since the first event in 1972 when they auctioned off Hitler’s Mercedes-Benz 770K for a record breaking $153,200, Barrett-Jackson has featured everything from cars, trucks and motorcycles to airplanes, boats and memorabilia. American manufacturers often sell their first production vehicles of a given model at Barrett-Jackson’s auctions for charity.

Other Barrett-Jackson Collector Car auctions include Palm Beach, CA, Las Vegas, NV and the 2016 inaugural event at the Mohegan Sun in Uncasville, CT. 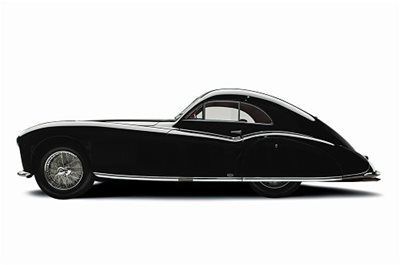 The appeal of large auctions like the Barrett-Jackson Scottsdale event is getting to see all of the fascinating vehicles on display. Having the opportunity to glimpse a rare classic car like the 1947 Talbot-Lago T-26 Worblaufen Cabriolet is a thrilling experience for those of us in the collector car community. If you’re going to Scottsdale, enjoy yourself and be sure to take in the rolling automotive history lesson around you.

To own a rare collector car is such a pleasure, and a privilege. Finding the right insurance policy will give you the protection you need. Let our friendly staff at Classic Auto Insurance help you find the right policy for your collection. Visit our website at www.classicins.com and see how we can help safeguard your dream car.