50 Years of Trans Am

Pontiac first constructed the beautiful Firebird Trans Am in 1967, and they continued producing this dream of a car until 2002.

Over its 35 years in production, the Trans Am left an impression on muscle car enthusiasts, to say the least. Through its iconic style, exceptional driving performance, and popular culture appearances, it solidified its place as an important entry in automotive history.

Here’s a look into the fascinating history of the Pontiac Trans Am, its specifications, and its legacy.

History of the Pontiac Trans Am

The first year of the Trans Am was 1967, but this wasn’t the first time General Motors used the “Firebird” name — they also used the name for some of their concept cars in the 1950s and early 1960s. Pontiac produced the classic Trans Am to compete with Mustang, which Ford first released in 1965. The same year Pontiac released the Trans Am, Ford debuted the Mercury Cougar, designed to be a more upscale Mustang.

In addition to competing with Ford, Pontiac wanted to offer the public a car with an F-Body, like the Chevrolet Camaro. Before developing the Trans Am, famed engineer John DeLorean wanted Pontiac to release a sports car. He had created Pontiac Banshee concept cars and presented the idea of producing a smaller Pontiac Banshee for public use. The executives at General Motors were less than thrilled with this idea because they were worried the Banshee would reduce sales of the Chevrolet Corvette. They may have also been worried that DeLorean’s preferred vehicle could outmatch their Corvette.

Instead, they went with the Pontiac Firebird Trans Am. And although this wasn’t DeLorean’s preferred car, he made the most of the situation and created the iconic vehicle that we adore today.

The company went on to produce three additional Trans Am generations as well as noteworthy special editions, such as the Firehawk, 1994 Trans Am GT, 1990 30th-anniversary Trans Am, and more.

The Pontiac Firebird Trans Am Specifications

When developing the first generation Trans Am, Pontiac made similar style and specification choices as GM’s first generation Chevrolet Camaro. They used a Coke bottle styling, meaning that the body’s center is narrow while the fenders flare out. They also used the 1966-1967 Pontiac GTO as inspiration for the Trans Am’s tail lights. 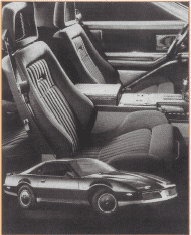 The motor company equipped the Firebird’s base model with a Pontiac 230 cu in (3.8 L) SOHC inline-six with a one-barrel carburetor and 165 hp. The engine was based on the Chevrolet’s 230 cu in inline-six.

The Legacy of the Trans Am

Although sales on the Trans Am were nothing to write home about at first, the public caught onto this beautiful car from its appearances in film and television. 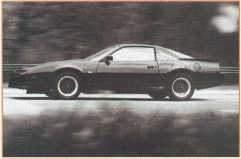 The 1977 Trans Am special edition became incredibly famous from the 1977 film Smokey and the Bandit. After the first film’s success, the Trans Am became even more famous through Smokey and the Bandit II, but this time, the film’s protagonist used the 1980 turbo Trans Am. The film’s lead actor, Burt Reynolds, also began collecting Firebird Trans Am’s, three of which he sold at a collector car auction shortly before his death in 2018.

In addition to the Trans Am’s success in film, the stunning car became a character in a hit television show. The series Knight Rider introduced the character Knight Industries Two Thousand (KITT), and the show used a 1982 Pontiac Trans Am to depict the character.

Through its popular culture appearances, beautiful design, and impressive performance, the history of the Pontiac Firebird Trans Am established its unforgettable legacy in automotive culture.

Whether you need protection on a classic muscle car like the trans am or another classic sport or luxury car, you can count on Classic Auto Insurance to provide premium and affordable protection. We also have policies specifically tailored to the Trans Am. Our policies also include unique benefits, such as agreed-upon value, nationwide flatbed towing, inflation guard, rollover miles, and more. 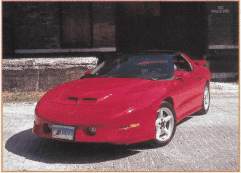 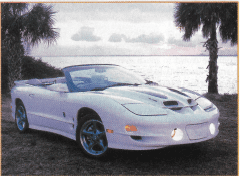 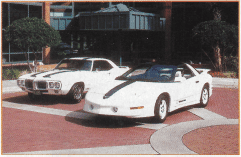 Protect your breathtaking classic today by calling 888-901-1338, or you can get an instant quote here.