To say that car enthusiasts everywhere are anxiously awaiting the upcoming release of the next James Bond movie is an understatement. The drooling started back in 2014 when Sam Mendes, director of the aptly named Spectre, introduced one of 007 Daniel Craig’s costars, the Aston Martin DB10. Made exclusively for the film, this car is about to become legendary. 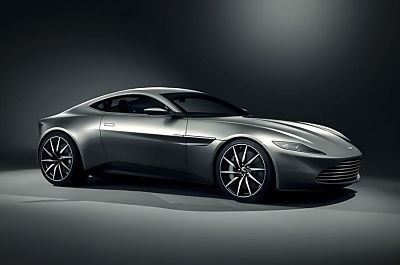 Aston Martin and Bond – Partners for over 50 Years

You expect Bond to be surrounded by desirable women, evil villains and outrageous action, yet this scene stealer will make it hard to focus on anything else. Since the Aston Martin DB5 took to the screen in Goldfinger 51 years ago, the car maker has been synonymous with the legendary spy. 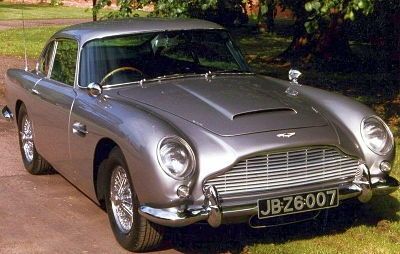 Chief Creative Officer and Design Director for Aston Martin Marek Reichman had the challenge of creating the next generation Aston for Bond. Sam Mendes wanted a car that played off the clean lines of the DB5 while embodying a totally new generation Aston Martin. Styled after a shark, the car’s flowing design is seductively elegant and blatantly predatory.

It is clear that even though the DB10 is not a production car, Aston Martin designed it with future models in mind. Aerodynamics and classic styling are skillfully merged into one badass driving machine. The DB10 has a lightweight carbon fiber body sitting over a bonded aluminum chassis with body panels solidly sculpted along the length of the car. The light makeover includes what the designers nicknamed “eyelashes”: dozens of small LED beams surrounding three sides of each headlight (wink, wink). 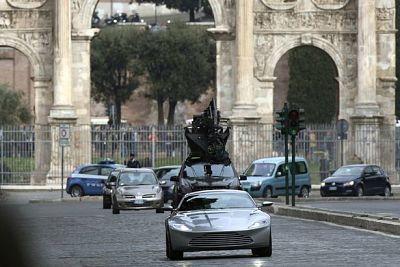 The nose on the DB10 is the lowest on any Aston Martin. A “wide mouth” grill sits below and slightly behind the edge of the hood so you don’t see it until you are face to face with it – giving the distinct impression that it’s about to eat you alive. Not something you want to see in your rearview mirror … if you are a bad guy. 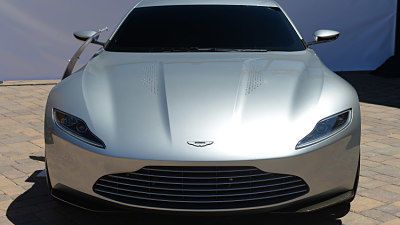 Under the hood (if you could lift the hood – remember it is a movie car) sits a Vantage 4.7L V8 engine that generates 420 hp. Top speed (something Bond always needs) is 190 mph. Perfect for exhilarating chases through the streets of Rome. A unique feature to the DB10 is the perforated holes in the hood. Gone are the louvres of the past. Designers use heat mapping technology to position each hole to provide optimal cooling for the engine beneath. Tell us Q won’t be jealous. 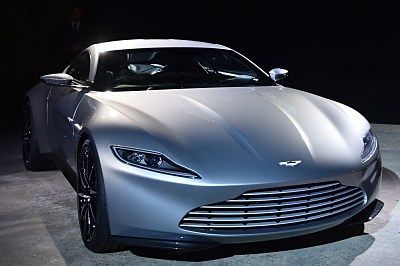 The producers of Spectre take full advantage of having 10 cars at their disposal. Some are used for stunts, some for beauty shots and some (Oh the horror!) are destroyed. According to one British newspaper, seven DB10 cars were totaled in the shooting of the movie at a cost of £24 million. With only three cars remaining, this movie should be classed as a Greek tragedy! Good news for car enthusiasts, though – one of the remaining cars will be auctioned off by Aston Martin in the future. Better get your checkbook ready. When the DB5 was auctioned off in 1964 it sold for close to $4 million. 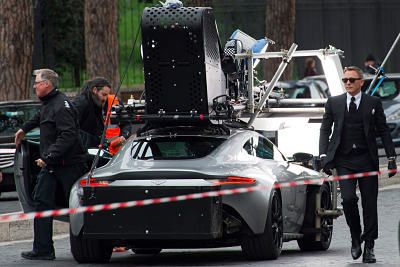 Though the DB10 is not going into production, it does give us a hopeful glimpse at the future of Aston Martin’s lineup. If the beauty and power of the DB10 can be translated into yet another classic Aston Martin car, then the future looks bright indeed. Try to keep the drooling to a minimum when you take a look at this official video released by the Bond producers featuring the supercars used in the movie.

Spectre premieres in the U.S. on November 6 – the beginning of we think will be a long run on the big and BIG screen (enjoy the IMAX Experience® anyone?). Prepare to get shaken, not stirred … this is a Bond adventure after all.

If you are James Bond, you have the Q Branch in your corner. The rest of us just need the right insurance coverage for our “super” car. Let our friendly staff at Classic Auto Insurance help you find the right policy for your needs. Visit our website at www.classicins.com and see how we can help safeguard your dream car.