Artomobilia Presents: The Passion Behind the Owners Part 4 [Video] 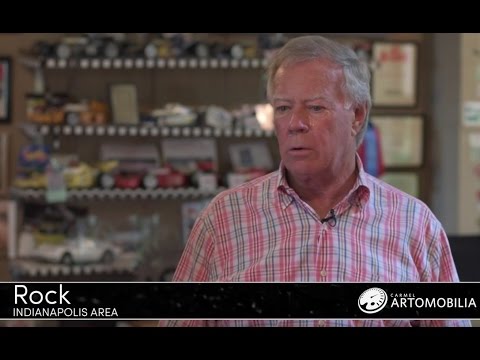 Meet the caretaker of a ’92 Ferrari F40 Twin-Turbo. The 2015 Carmel Artomobilia takes place right in the heart of the Arts & Design District of Carmel, Indiana this weekend. Just before the festivities begin, Artomobilia’s Jon Pitz learns more about one of his favorite cars of all time from fellow Indianapolis collector and owner, Rock.

The first car he purchases as a young man may be a '51 MG TD and his collection may contain a few BMWs and Porsches, plus a 308 GTS Ferrari … yet the piÃ¨ce de rÃ©sistance of Rock’s classic car collection (piatto forte in Italian) is Ferrari's 40th anniversary gem: the rare F40 Twin-Turbo. “It was the last car that Enzo Ferrari was personally involved with,” Rock says. “Porsche had come out with a 959, which was a 200-mile-an-hour car. So Ferrari, as part of his 40th anniversary in 1987, he came out with the F40, and this car is capable of 201 miles an hour. He wanted to outdo Porsche and he obviously did.”

Rock realizes that someday, his collection will be passed on to a future car collector who he hopes will respect, care for and enjoy the cars as much as his does. “It's very important to me to make sure that they go to the right place when I go somewhere else beyond this place.”

Rock also thinks it’s really important to share his cars with young people, get them interested in car collecting as a hobby. “When a young child comes up, I say, ‘Go ahead, sit in the car, it won't bite.’” Inevitably, the kid will jump right in the driver’s seat. “It's a pleasure for me to see the smile on somebody's face when they have the opportunity to sit in a car that they may not ever get to sit in again.” Of course, Jon reminds him that a certain 51-year-old kid may be asking to sit in the F40. “Well, we'll try to put you in,” Rock quips. “We may need a shoehorn for you.”

Come on Out to the 2015 Carmel Artomobilia

Popular with car enthusiasts nationwide, this year’s Artomobilia is expected to draw nearly 400+ participating collector cars and 15,000 attendees. The one-day collector show has expanded to a two-day event, with the Fuelicious charity dinner at the Lucas Estate Friday night, followed on Saturday by the Carmel Artomobilia featuring 26 classes of collector cars including Super Car, Exotic, Classic, Sports car, European, Domestic, Vintage and Racers. It’ll be a blast!

Classic Auto Insurance is proud to support the 2015 Carmel Artomobilia. Stop by our booth and say hello. Come meet us and see what Classic Auto Insurance has to offer. Car collectors everywhere agree that great customer service and customizable insurance coverage is a winning combination. Let our friendly staff help you find the right policy for your needs. Visit our website at www.classicins.com and see how we can help safeguard your dream car collection.