The GTO was one of Pontiac’s most impressive achievements, and the automaker developed four generations of this powerhouse vehicle from 1963 to 1974 as well as a final generation in 2003. Although Pontiac produced numerous impressive iterations of the GTO, the most stunning was arguably the 1969 Pontiac GTO Royal Bobcat, a line of GTOs that were enhanced by the Royal Pontiac dealership in Royal Oak, Michigan.

Many GTO enthusiasts refer to the 1969 Royal Bobcat GTO as “the Ultimate GTO,” and it’s no mystery why. The dealership crafted a truly groundbreaking supercar that left its mark on Pontiac and motor history. Here’s what you need to know about this remarkable vehicle. 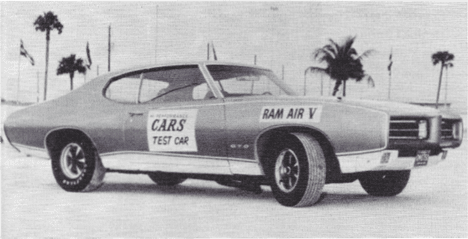 Asa “Ace” Wilson started the Royal Pontiac dealership in the late 1950s. It was located a few blocks from the historic Woodward Avenue in Pontiac, Michigan, the ultimate location for street racing. Wilson’s partnership with Pontiac largely sprang from his vehicles’ success on the racetrack, but it also helped that the dealership was close to the Pontiac Motor Division and its advertising agency, McManus, D’Arcy & Adams.

Around 1959, the Royal dealership started super-tuning its Pontiacs, and these cars became formidable contestants on Woodward Avenue. One of these super-tuned Pontiacs was driven by hot rod enthusiast Jim Wangers, an account executive at McManus, D’Arcy & Adams. With the help of Wangers, more Detroit residents learned of Royal Pontiac’s supercars, and the dealership began offering a super-tune package for its Pontiacs.

Pontiac struck an informal partnership with the Royal dealership in response to their success. The automaker prioritized the dealership when it came to new vehicles and parts. It was a mutually beneficial relationship because Pontiac received a great deal of attention from “Ace” Wilson’s souped-up racing vehicles.

The Royal dealership began experimenting with new Pontiacs, and under the supervision of Jim Wangers, the dealership super-tuned Pontiac’s press cars. The dealership quickly became the most important Pontiac high-performance dealer.

Introduction of the Pontiac Royal Bobcat

Pontiac introduced its stunning GTO in 1964, and because the company prioritized the Royal dealership, Wilson and his crew were some of the first to get their hands on the groundbreaking vehicle.

Unsurprisingly, the Royal dealership tweaked the GTO to make its performance even more impressive. The car dominated the race track and received national attention.

A few years after the GTO’s success, sales declined significantly as a result of the oversaturated muscle car market, but the Royal dealership wasn’t yet finished selling super-powered GTOs.

In August 1968, the Royal dealership and Jim Wangers ordered a Crystal Blue Turquoise GTO hardtop. Pontiac delivered the car to the Pontiac Motors Retail Outlet in Pontiac, Michigan, where it was tested and inspected for quality and performance assurance.

Once the Royal dealership received their 1969 GTOs, they equipped them with a Ram Air IV 400 engine with cast iron headers, round port heads, aluminum intakes, four-bolt blocks, and high lift cams.

Jim Wangers and driver Milt Schornack tested the 1969 Royal GTO by pitting it against the 1965 Tripower GTO. The vehicle outperformed the 1965 GTO and showed that the Royal Pontiac’s cars were faster than ever. The vehicle dominated street and track races, gaining national attention in the process.

Later in 1969, Pontiac offered a new project to the Royal dealership: a GTO with a Ram Air V 400 cu in powerhouse engine. The new engine could reportedly produce 500 bhp and featured huge tunnel port heads, an aluminum intake, a reinforced four-bolt block, a .520 lift solid valvetrain, and new forged rods. The Ram Air was the most powerful engine Pontiac ever produced.

The Royal dealership equipped the GTO with the Ram Air V, making the 1969 Pontiac GTO Royal Bobcat the only factory-back GTO to receive the remarkable engine.

The End of Royal Pontiac

The Royal dealership had a great run with its groundbreaking GTOs and other important super-tuned Pontiacs, but the dealership closed in 1971. The market for performance cars was shrinking, and “Ace” Wilson knew that there was no longer sufficient demand for his souped-up Pontiacs.

Get the Best Insurance on a 1969 Pontiac GTO Royal Bobcat

If you have the good fortune of tracking down one of the Royal Pontiac dealership’s remarkable GTO Bobcats, you need robust insurance that will protect your investment and keep your vehicle on the road for years to come. Fortunately, you can turn to Classic Auto Insurance for the best available classic muscle car insurance.

We can keep your Pontiac Royal Bobcat purring with our customizable policies that include inflation guard, nationwide flatbed towing with roadside assistance, rollover miles, and more. We even offer agreed-upon value coverage for your car, meaning we’ll work with you to determine your vehicle’s true value. In the unfortunate event that you total your car, you’ll receive the full agreed-upon amount minus your deductible.

Learn more about our exceptional insurance coverage by calling us at 888-901-1338, or you can get an instant quote online.