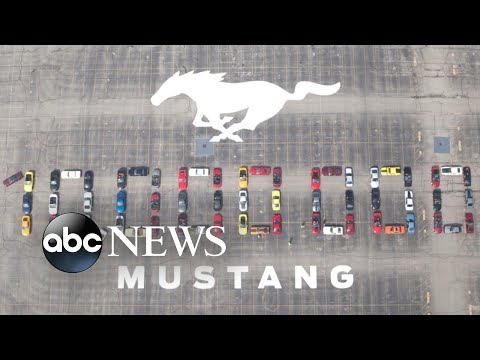 This year, the Ford Motor Company is celebrating a milestone in its history with the recent production of the 10 millionth Mustang. To honor this milestone, the automaker arranges a motorcade of Mustangs traveling from Ford headquarters in Dearborn, Michigan to the Flat Rock production complex 30 minutes away. Upon entering Flat Rock, the ponies park in a formation that spells “10,000,000,” with two special cars for the commas: the first Mustang ever made and the 10 millionth Mustang that is making the automotive history of today.

Henry Ford dÃ©buts the Mustang at the World’s Fair in 1964, dubbing it the “working man’s Thunderbird” for its mix of sleek style and relative affordability. More than 22,000 Mustangs are purchased immediately upon its release. Famous faces from movie hero James Bond to super-cool actor Steve McQueen helped popularize the Mustang early on and secure its place in American automotive history – if not popular culture. By March of 1966, the one-millionth Mustang is rolling off the production line. The current momentous occasion, 10 million Mustangs later, is proof that this muscle car is the best-selling sports coupe of the last 50 years. 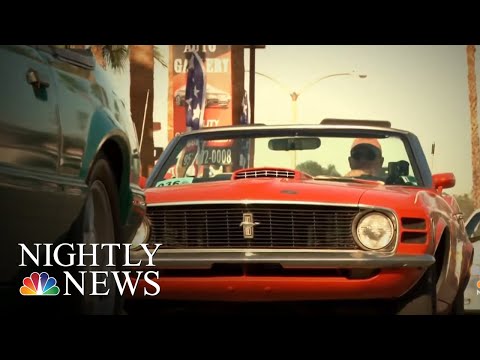 Ford recently introduced the 2018 Ford Mustang Bullitt, a special edition coupe for the upcoming 50th anniversary of Steve McQueen’s classic movie sure to be a living collectible. Despite the Mustang’s status as a symbol of Ford’s identity, some experts believe its future is under threat from new trade tariffs. China, which is a booming market for new and classic sports cars, is now subject to a 40 percent duty on vehicles imported from the U.S. To avoid Chinese tariffs, many American automakers may consider manufacturing some models in China. Even though the Mustang is currently the number-one-selling sports car in China, close to 75 percent of Mustang sales remain in the U.S. Chances are, the Mustang will continue to be the American legend it is if Ford has anything to say about it. And they do.

Heart and Soul of Ford

If anyone disputes the sentiment about the Mustang being the heart and soul of Ford – the numbers tell a story. It takes Ford two years to retrieve the first-ever Mustang – a “Wimbledon White” preproduction model convertible, serial number 5F08F100001, that is sold mistakenly to Canadian Stanley Tucker. Ford promises the one-millionth Mustang to him as an exchange -another white convertible built just two years later in 1966. And when Ford is ready to build the company’s 300 millionth vehicle, which one do they choose? A special-edition Mustang GT convertible with a V-8 engine and commemorative markings for its 40th anniversary, which rolls off the assembly line in Michigan in 2003. Ford has sold over 400,000 Mustangs in 146 countries since 2015. Who would have imagined the Mustang, the heart, and soul of Ford, would ride into the collective heart of the global car community – and be considered by so many as “the quintessential American car?” 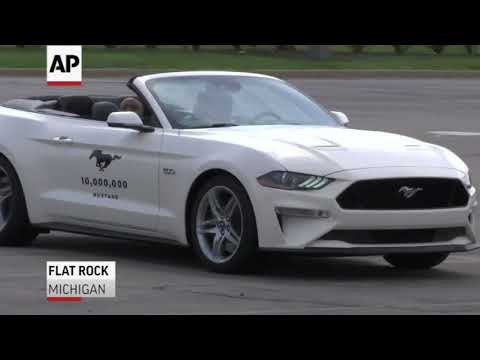 Usually, the allure of a classic vehicle is its rarity. Not so, with 10 million Mustangs out there. The muscle car’s working-class image, combined with the power of its V8 engine and its sexy styling available for a fraction of what a Ferrari, Porsche, or even a Corvette costs, is what makes the Mustang so enduring. This past summer, six Mustangs that belonged to famous Ford collaborator Carroll Shelby are sold at auction. All exceed sale expectations, including the 1966 Ford Mustang Shelby GT350 continuation series convertible. It goes for more than $140,000 more than its original $60,000 estimate ($201,600). Yes, the most valuable have a Shelby connection, yet they say everyone knows someone who has loved their own Mustang.

With our customizable Mustang car insurance plans tailored to you and your pony car, there are no “one size fits all” policies at Classic Auto Insurance. We offer affordable, Agreed Value coverage for a variety of collector, classic, and custom vehicles. Our friendly, knowledgeable staff can answer your questions. Call 888-901-1338 or get an instant quote online and see how we can help safeguard your dream car.